“Enter through the narrow gate… small is the gate and narrow the road that leads to life, and only a few find it” (Matthew 7:13-14)

Who are the Muslims? What is Islam? How did Mohammed conceive his new religion? The answers to these questions were lost or covered over after World War II. Mohammed, the illiterate, conceived his ideas partly due to disease, partly to creative story-telling, but his basic information was received orally from his third cousin an Ebionite priest, and a Nestorian Christian monk from the region of Damascus. Delve the fact and find the truth to this unchanged medieval political ideology robed in religion. 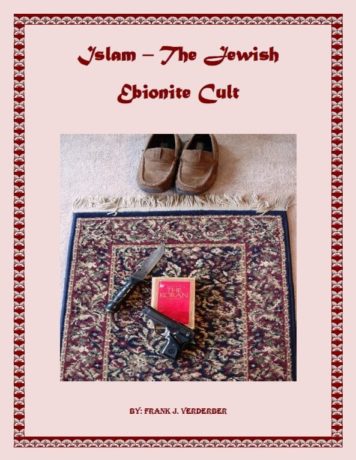 You're viewing: Islam – the Jewish Ebionite Cult $ 4.99
Add to cart